There have been huge technological signs of progress within the automotive industry over the past few decades. If you think about the previous century, you would imagine cars with leather engine belts that could wear or tear off easily due to the heat.

With time, they came to be replaced by rubber belts- including the alternator belt and the fan belt. However, even today you may not be fully aware of the use of these fan belts. That is why we have compiled this guide to inform you about the ins and outs of fan belts in a car.

What are the Various Engine Belts in a Car?

There are different kinds of car belts that you need to be aware of.

Importance of a Fan Belt in Your Car

You must remember that the fan belt is an integral part of your car when talking about regular maintenance. The Engine Inspection Calgary, CA will say the same. It is a flexible belt, made up of rubber that can hold the different engine components together. It is responsible to keep the crankshaft pulley as well as the alternator attached to the cooling fan of the engine.

If you are thinking of other power components, the belts are also quite functional. As described above, they serve as an essential component for water pumps, power steering pumps, and ACs in a car.

How Do I Stop Fan Belt Squealing?

Is your fan belt squealing? No time to run to the Engine Belt Repair System Calgary, CA or the Fan Belt Repair and Replacement Calgary, CA? We have got some advice for you.

It can be quite annoying to have to drive around the roads with a squeaking fan belt for a long period. Sometimes some belts squeak for some time but the squeaking disappears soon enough.

Some possible suggestions to stop this fan belt squealing include:

In both cases, you should maintain safety by turning off the engine before you can apply the belt dressing or the bar soap to the fan belts.

How Much Does It Set You Back to Change a Car Fan Belt?

When it comes to belts in old models of cars, namely the serpentine belts, the replacement costs could go up to $200 with the belt alone costing up to $80, and the service costs going up to $120. However, when talking about fan belts that are often easier to reach, the cost can be quite less.

You can change the belts at home with the least number of tools when you can reach them easily. Some belts can easily be taken out by simply loosening one of the bolts. Others might have a belt tensioner that will require some added effort to be pulled on with a wrench, giving the belt some added slack. You can also consult the repair manuals of cars or specifically your automobile to see how you can do this on your own.

It is important, however, to ensure that you know when to replace these belts before it is too late. There is no written rule as to when this replacement is necessary but it depends highly on the car and the driving areas. You need to monitor the belts regularly or consult experts and technicians to know how and when exactly to replace them.

Some of the common warning signs of the car fan belt requiring a replacement include:

Replacing a car fan belt in time will not set you back as much as not doing it at the right time might. You need to keep a close check on the fan belts and the other components to stay alert.

You are now well aware of the main purposes of a fan belt in an automobile and how you should monitor the health of these belts. You must not delay the process of replacing the fan belts or getting rid of the squealing sounds once you start noticing them. You do not want to end up in the worst situation when the belt fully stops functioning because of your ignorance. Invest a good fan belt to avoid frequent replacements.

Let’s Prepare our Car to face Hardship of Winters

There are hard winters and easy winters. The problem is that we can’t tell which winter will be harder as it all depends on the

Tire blow outs can be a frightening experience. Not only are they extremely dangerous to yourself and others, they can also cause damage to your

Here are the top 8 things you must know before buying a car insurance policy.

1) The Insurance Company’s Policies: There are many companies that offer auto insurance policies. Each of the companies has its own advantages and disadvantages. You

Knocking occurs when fuel burns unevenly in your engine’s cylinders. When cylinders have the correct balance of air and fuel, fuel will burn in small,

Maintaining your car is essential for keeping it on the road. Maintaining a car can be intimidating if you don’t spend a lot of your

Ignition system consists of a number of components like spark plugs, ignition coils, etc. It’s responsible for the starting of a car. However, in case 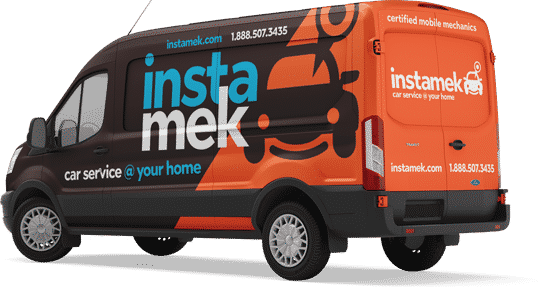